Get ready for an epic Easter Sunday Session with the Groove Robbers!

The Defence Minister for Hutt River Province, Major Infection, has enlisted the band in a cunning plan to repel the Australian Defence Force from invading the Province.

The Major was quoted as saying “We reckon the sheer volume, stench of rock and the incredible crassness of the performance will be enough to send the invaders packing”.

Meanwhile, the Director of their first full length feature film “What The Hell is That Thing?”, Dolly Grip, has said she must have been off her trolley when she agreed to take on the job. They can’t act, they smell wrong and the drummer won’t come out of the porta loo. We had to leave out a plate of half-sucked mangoes to tempt him.

So, if you’re wise, you’ll book a holiday and leave town to avoid the onslaught of depravity and bad hair.

If, however, you are game enough to turn up, be prepared for more of everything and little left to the imagination.

Once the starter fires his pistol and the knickers and bras start flying, stand back and admire the sheer majesty of the decline of western civilisation in full living colour. 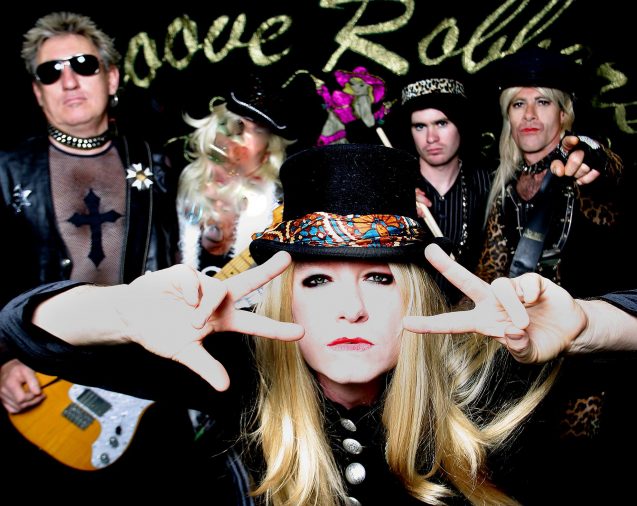