D’Boyzos are a father and son family trio hailing from Nana Glen located on the beautiful Mid North Coast of NSW, comprising of Pete, Sam and Lee Dyball.

Pete Dyball is a well-seasoned professional musician, having been in the industry for 30 years, he has played in many bands ranging in different styles and genres at a high level. Pete’s experience in the music industry has also seen him tour the world with some of Australia’s Top well-known artists as Tour Manager and Front of House Engineer. Pete’s two son’s Sam (16) and Lee (14) have grown up amongst a vast array of musical environments, both in the recording studio and in the live entertainment scene. Having been surrounded by this all of their lives, it has only seemed fitting to introduce them to a working band environment, displaying their natural talent.

Sam Dyball is the main Lead Singer; he’s blonde, cute and has a voice that melts hearts. Sam has been singing all of his life and has been involved in many various musical projects through school and local theatre.

Lee Dyball is sandy haired, adorable, with a voice and smile that also melts hearts. Lee has also been performing since the age of 2, in various school projects.

D’Boyzos are an acoustic trio playing a wide variety of great music covering such artists as Bruno Mars, Jason Mraz, Train, Vance Joy, Doobie Brothers, Van Morrison, The Beatles, Maroon 5 – just to name a few. Being a family unit consisting of Dad and his two young sons, D’Boyzos appeals to a very wide audience demographic. Even though D’Boyzos only formed in April 2014, they have received rave reviews and are in high demand, having already supported Wendy Matthews, The Black Sorrows, Glenn Shorrock, Troy Cassar-Daley, Rick Price, Reece Mastin, Lisa Hunt & Uncle Jed. They have performed well over 250 shows since being formed. 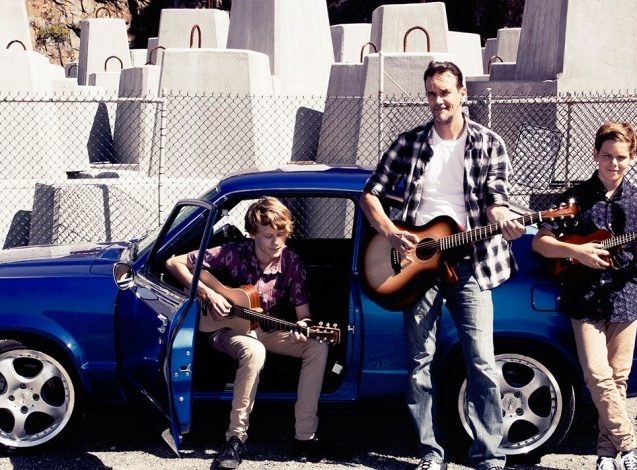