Join us for Friday Night Live with Minnie Marks!

Having graced stages with the big names at festivals such as Bluesfest, Peats Ridge, Festival Of The Sun, Open Arms, Blues On Broadbeach and Blues at Bridgetown, Nannup and Nukara Music Festivals in WA, she is often referred to as ‘Superstar’ or ‘The Amazing Minnie Marks’ by her peers.

This young singer/songwriter/guitarist/multi instrumentalist from the mid-north coast of NSW is playing to packed out shows and blazing a musical trail packing a percussive punch that far belies her years, which has touted her as ‘the next big thing’.

Minnie’s fresh groovy style, showmanship and fearless obsession towards her music is pushing the limits of her guitar, vocals and performance to new levels. While being compared to John Butler by punters her performances are like a pack of fruit tingles being thrown into a bottle of coke. With a smile as happy as the sunshine and a right hand like a machine gun Minnie is quickly making a household name for herself in the industry as the ‘finest young guitar player in Australia’.

Minnie Marks will be followed by DJ Richard Gear to late. 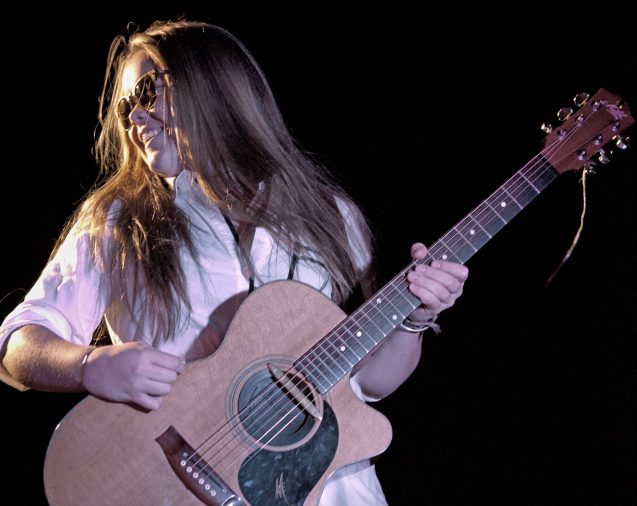