Raku The Soulman, Steve Bennett and Georgia Cummins brought to you by Great Southern Nights!

Great Southern Nights brings to you three amazing artists on Saturday, 7th of November … Raku The Soulman, Steve Bennett and Georgia Cummins!
Raku The Soulman is a fluent raconteur spreading feel-good vibes in the high energy performances that are his trademark. His dynamic groove-laden rhythms on guitar, didgeridoo, mouth-harp, slide and assorted percussion move from toe tapping country-funk and blues, to road-ready rock’n’roll and journey on through folksy balladeering to Caribbean style reggae all in the service of the most positive and inspiring songs played back to back.
Steve Bennett has been singing and playing guitar since he was young, surrounded by music and jam sessions in the lounge room. Learning the basics from his dad and moving on to learning songs and developing his own style, which led him to writing his own songs and starting family band Ghost Road in 1992. Steve’s bag of tunes is very eclectic, he is a true story-teller and his music makes you want to sing and dance. He keeps the rhythm grooves tight and can bend a tasty solo. Steve has done session work as a rhythm guitarist for touring bands, performs regularly with his band Ghost Road along with duo’s with brother Beau as ‘The Bennett Bros’.
Georgia Cummins ‘The Country Girl’ is a young Grafton Based Musician. This one women band will surprise & take you on an enjoyable journey through music. Covering many popular songs from the 70’s to now with a clever acoustic twist. Georgia’s also plays her own original songs. But still not leaving out some of the classics, some Fleetwood mac, Ziggy Alberts, as well as some Indie rock music. These artists songs represent her everyday life stories, the beauty of existence & Emotions from the heart.
This is free event brought to you by Great Southern Nights. 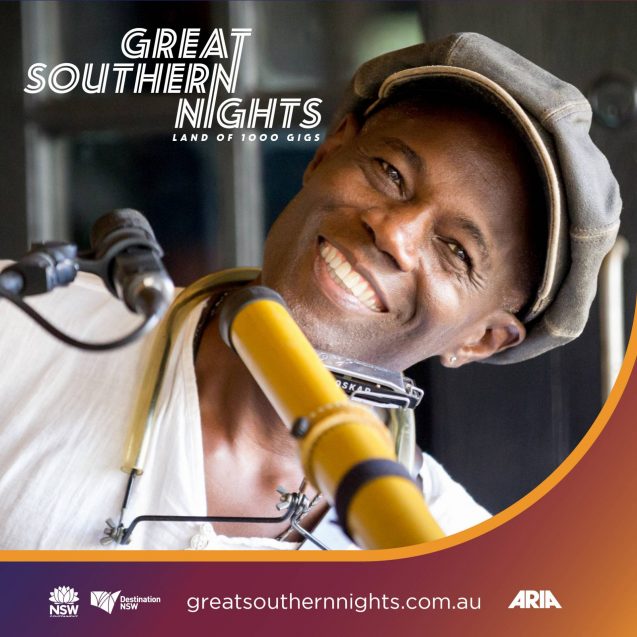