Nicky Bomba has once again rallied his musical cohorts and produced a fresh sounding album that lifts off beautifully from their last highly acclaimed excursion.
After spending the last 2 years performing around the globe, Bustamento have returned to musical shores with a great collection of songs capturing the international flavour of their intrepid travels. An exciting departure from the Carribbean based style of their ARIA nominated first album (Intrepid Adventures to the Lost Riddim islands), the new release shows the band flexing its creative muscle.
INTERCONTINENTAL JOURNAL 7 kicks off with effervescent ‘Fez in Fez’ immediately catapulting this musical mission on a round the world adventure of fun and games. Songs like ‘Caretaker’ and ‘Rise Up’ still pay homage to their Reggae and Calypso roots and the added flavour of Steel Pan adds a spice that enhances every musical dish.
The first single, ‘Back Again’ suggests a Motown base with a Calypso feel, ‘We All Make Mistakes’, a thick drum bed under a Pacific Ukelele serenade, ‘Josephine’ (based on the incredible Josephine Baker) hits the classic syncopated jungle groove while the ‘Glasto Mud Shuffle’ takes us on a New Orleans swamp boogie. The songs intertwine effortlessly and show the vast array of ideas in Bustamento’s multicultural kitchen.
Nicky Bomba’s Bustamento will be followed by DJ Helmy. 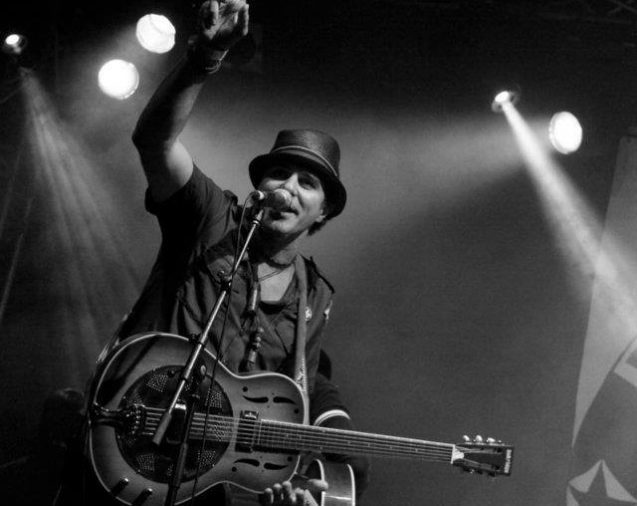