Saturday Night Live with the McKenzies

McKenzie are one of the youngest bands playing at leading venues, weddings, festivals and corporate events around Australia, and with good reason.

The Gold Coast based 4 piece band perform songs from the 50’s to today, backed with their high energy interaction and stage presence (sometimes with a little McKenzie twist). McKenzie’s key focus is to keep the crowd involved and to put on a great show no matter what the occasion.  They pride themselves on big vocal harmonies like one of their influences “The Eagles” and love a driving rock band to carry the crowd like “Cold Chisel”. One of their other big influences is Australian Band “Thirsty Merc”.

There aren’t many venues or shows McKenzie havn’t had partying the night away. From top venues along the Gold Coast like Surfers Paradise Beer Garden, Broadbeach Tavern ,Treasury Casino Brisbane, The Hoey Moey and The Cooly Hotel to South Australian Wine Festivals. McKenzie have also got some world-renowned shows booked in like “Rock the Boat Cruise” supporting bands like “Foreigner”, “The Romantics”, “Ross Wilson”, “Shannon Noll” and “Reece Mastin” just to name a few. 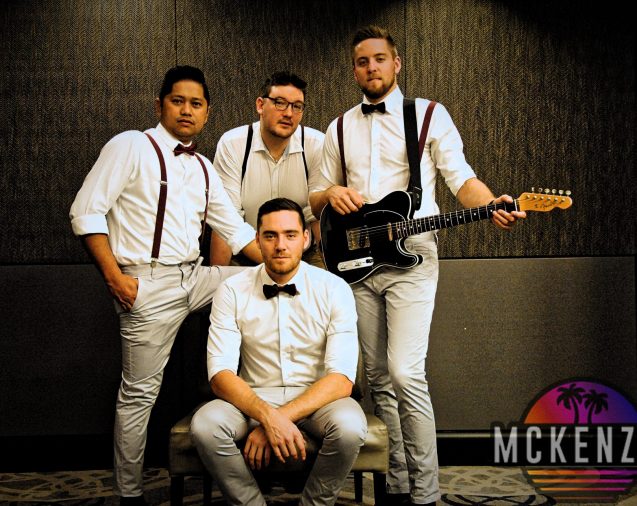