The Jacks Band brought to you by Great Southern Nights!

On Sunday, 29th of November, the Jacks Band takes the stage at the Hoey Moey beer garden brought to you by Great Southern Nights!

The Jacks Band formed a little over 4 years ago by accident, after 1 jam night, where they knew a total of 3 songs.  They performed the next night at a family function playing for about 3hrs.

Since then they have gathered a large repertoire of songs from rock, blues, funk, soul, RnB, country and a few other random genres.  Musical influences come from everywhere and they can enjoy any music that is “Real”.

Fingal locals with traditional roots and a white brother ring in, they play for the thrill and enjoyment.

Doors open at 2:30pm and is a seated show only.

This event is FREE entry! 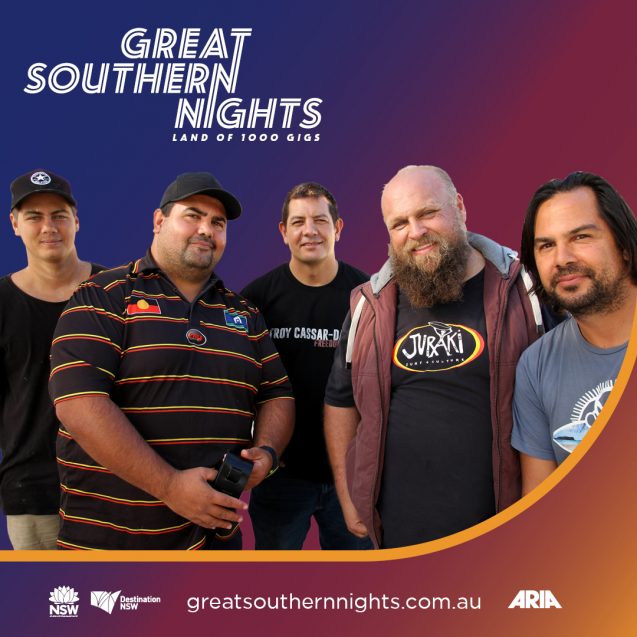