We are stoked to announce that The Rubens will be playing at the Hoey Moey Beer Garden on Friday, 4th of March 2022, on their ‘Waste a Day Tour 2022’!

With tremendous backing from triple j and Ivy League/ Mushroom Music, their self-titled debut album was released 14 September 2012. It was a resounding success nationally in Australia, where it is now ARIA Certified Platinum.

This saw them sell out several national tours, perform at every major Australian music festival, support several major acts (Bruce Springsteen, The Black Keys, Grouplove), and sell out shows worldwide. The follow up album Hoops was released 7 August 2015 and
debuted at Number 2 on the ARIA charts.

The band once more sold out venues all over Australia, playing to crowds of 5000 people a night at venues such as The Hordern Pavilion, Margaret Court Arena and Melbourne Zoo. The album is ARIA Certified Gold, and title track Hoops (triple j Hottest 100 Winner) has been streamed over 40 million times. As of 2019, Hoops is now an ARIA Certified Triple Platinum single.

In October 2017, the band released ‘Million Man’, the first song from their 3rd album, working with credible producers Little Shalimar & Wilder Zoby of Run The Jewels fame. A 27 global tour for ‘Million Man’ single saw the band sell out 5 of their North American dates (Vancouver, Toronto, New York, Brooklyn, Chicago) and as well as London and their hometown show at the Sydney Opera House Concert Hall.

At the end of 2018 the band supported PINK on her 42-date arena tour across Australia and New Zealand to huge success, playing in front of 500,000 punters across the tour.

A main stage Splendour In The Grass performance in 2019 saw the band do a live debut of their collab with US hip hop star, Vic Mensa.

Their single Live In Life has been certified double platinum and amassed over 35 million streams globally and was top 3 Australian streamed songs of 2020 and also received an ARIA nomination for Song Of Year.

To date their entire catalogue has amassed over 200 million streams & 250,00 physical albums.

The fourth studio album 0202 topped the ARIA Charts on its release in February 2021 and has also been nominated for The Australian Music Prize. The 0202 album tour sold 23,000 tickets nationally.

In November 2022, the band announced the release of a new single ‘Waste A Day’, alongside the staging of a festival in their hometown of Camden called ‘ValleyWays’ to celebrate 10 years playing as a band, as well as the “Waste A Day 2022 Australian Tour’.

Ticket are on sale on Tuesday, 23rd November at 10am at: 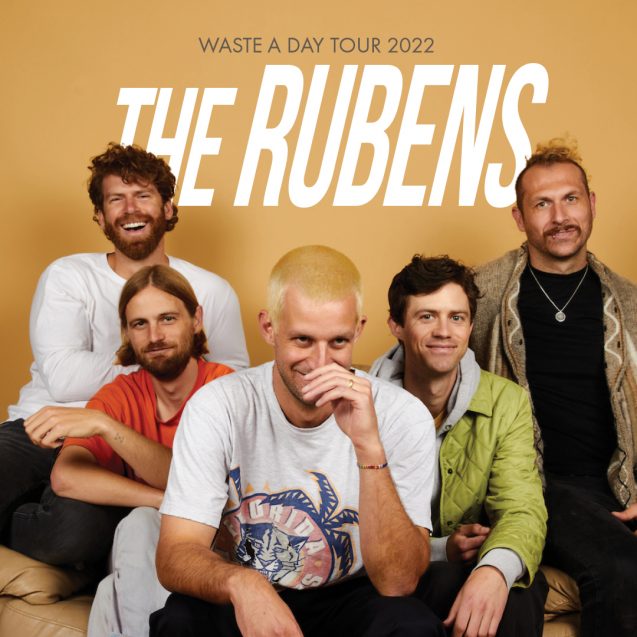