Thirsty Merc are unquestionably one of Australia’s finest live acts and we are excited to announce that they will be playing live at the Hoey Moey on Wednesday, 29th December!

Having released 4 critically acclaimed albums, over 250,000 album sales under their belt, a finalist in the APRA Song of the Year for 20 Good Reasons (which also reached #1 on iTunes in Australia), 5 ARIA Award nominations, Thirsty Merc have found their way into the fabric of Australia’s musical landscape.

Thirsty Merc formed in Sydney in 2002 releasing their debut EP, First Work, in September 2003, before being signed to Warner Music. The band’s big break came in 2004 with the release of their debut, self titled, album which included the hits, Someday Someday and In The Summertime (the theme for Bondi Rescue since 2006). Two more studio albums followed – Slideshows in 2007 (#4 ARIA Album) and Mousetrap Heart in 2010 (#14 on the ARIA Album chart) which included radio staples, 20 Good Reasons, Mousetrap Heart and Tommy and Krista.

Thirsty Merc marked the 10-year milestone since the release of their self- titled, double platinum debut LP with the announcement of their Acoustic Anniversary Album and national tour. Dubbed ‘AAA’ the album is a collection of acoustic interpretations of fan favourites. These recordings showcase the band’s exemplary level of musicianship and hearing these well- known songs with acoustic production highlights the world-class song writing ability of Rai Thistlethwayte.

In 2015, Thirsty Merc released Shifting Gears, their first wholly independent and first new material in five years, and spent the next 18 months crossing the country on 3 extensive tours, running up thousands of Frequent Flyer points and sold out shows. The first single The Good Life was nominated for Rock Work Of The Year at the 2017 APRA awards. 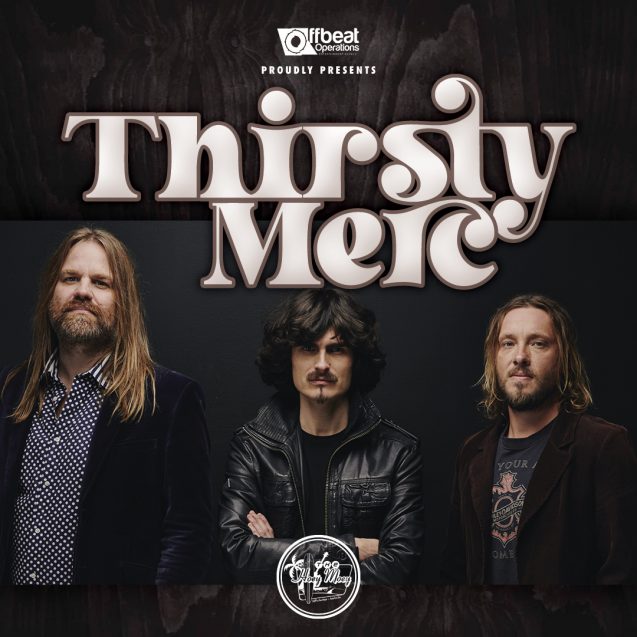