Following his national tour, Josh Pyke is bringing his tour and album ‘To Find Happiness’ to Coffs!

Since breaking out to widespread success with the release of debut album MEMORIES & DUST in 2007, ARIA Award winner Josh Pyke has cultivated a strong community of supporters around Australia and beyond.

Testament to his authentic and deep-set connection to the craft of music and its uniting appeal, each record Pyke has released in the years since have brought him closer to his fans, while his profile has elevated to being one of the most beloved and respected Australian songwriters of the last decade.

With six acclaimed albums under his belt and after the success of 2020’s aria nominated Rome album, Pyke latest album To Find Happiness – featuring the singles The Hummingbird (Ft. Gordi), Your Heart Won’t Always Weigh a Tone and Circle of Light shows creativity has long extended well beyond. 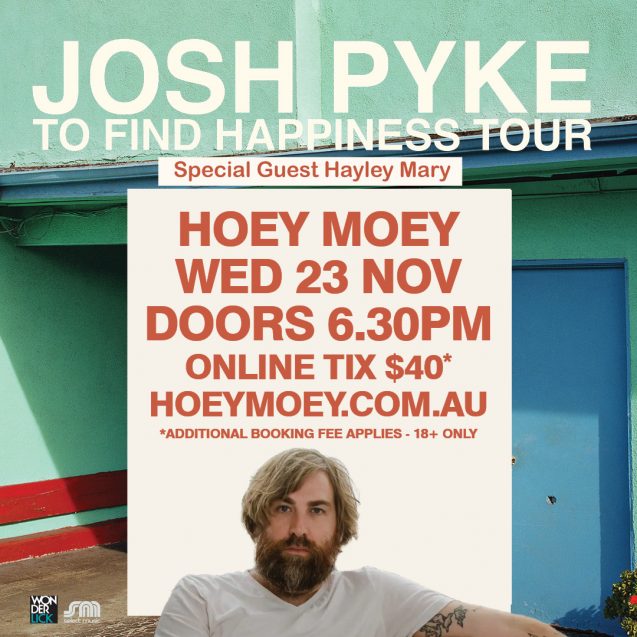