Sunday Session with The Propellers

The Propellors are an exciting electric blues band with an all star line up, fronted by the powerful voices of Pete C. & Dr. Baz.

Pete C. commands the stage with distinctive & authentic blues vocals and shredding electric guitar in the Chicago Blues tradition. Born in the UK, Pete established a great reputation from touring with some high calibre outfits, before moving to Australia where he fronted ‘the Soul Shakers’ for many years, becoming recognised as one of the best exponents of the blues genre in the country.

Dr. Baz, aka Barry Ferrier, has an amazing music CV with stints in Jesus Christ Superstar, 80s chart toppers ‘the Ferrets’ and even backing international superstar Eartha Kitt. He brings outstanding multi instrumental skills to the line up, shining on both electric guitar and piano.

No less a figure is virtuoso saxophonist Andy Thompson, who was a founding member of ‘Moving Pictures’, has toured with ‘Dire Straits’ and has even played on an Elton John track. Say no more!

Bass is handled by Slim Pickens who has recently moved from Byron Bay (where he is highly regarded as a popular soloist) to take up residence in Woolgoolgah and is already being recognised locally for his unique solo delta blues shows – but he is also a seasoned bass guitarist with an extraordinary vocal harmony ability.

The line up is completed by master session drummer Rex Carter, with decades of top level experience in high quality bands including Jeff St John, Rory O’Donoghue of ‘Auntie Jack’ Fame, Willie Hona of NZ band ‘The Herbs’, & ‘The Round Mountain Girls’, plus many more.

It’s a great show with exciting onstage interplay and powerful, high energy renditions of blues classics, and their equally authentic ‘Propellors’ blues originals. Not to be missed! 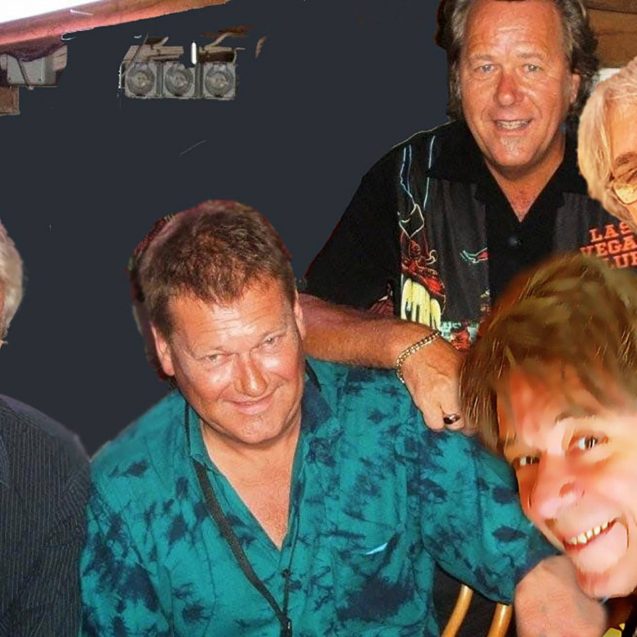